How Match-3 Games Can Sustain Traction with Versatile UA Strategies 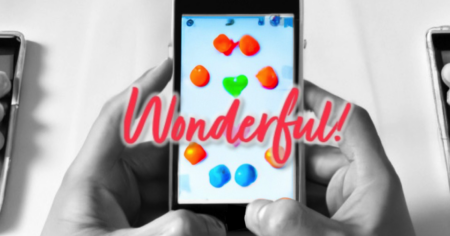 The match-three game genre, with flagship games such as Candy Crush, Toy Blast, Merge Mansion, Homescapes, or Royal Match, is one of the most successful mobile game genres of the decade.

Millions of players match blocks of three every day, and these games generate hundreds of millions of dollars for their publishers. It’s a robust revenue stream for many game publishers and a driving force in the mobile game industry. In fact, It is estimated that over 20% of the total mobile game revenue is spent on match three games!

However, as competition in the genre has increased, acquiring new loyal and paying players has become a challenge.

In the past, some games like Candy Crush could grow their user base almost only via organic channels. But the reality is that nowadays, Match-three game makers need to rely heavily on paid user acquisition (UA) campaigns to constantly acquire new users and keep their game generating revenue. Even an established game like Candy Crush has massively invested in advertising to keep their decade-long momentum.

So, as competition heats up, how can app publishers keep their paid UA campaigns a success?

In this blog post, we’ll review some of the top Match-3 games’ creative strategies and share tips and tricks to sustain UA efforts.

These learnings can also be applied to any mobile game genre.

The different types of ad creatives for match-three games.

When it comes to crafting ad creatives for match-three games, there are several categories that are commonly used.

Using misleading and meta-misleading ads has proven effective to extend the lifetime of UA campaigns and improve performance KPIs – and that’s why many mobile game publishers are using them!

The KPIs that inform your creative strategy

However, with the amount of money spend to acquire users, publishers need to ensure that their UA campaigns are profitable, and that the CAC (Customer Acquisition Cost) is not exceeding the LTV (lifetime value) of those users.

In order to measure the effectiveness of their campaigns, Replai recommends two core key performance indicators (KPIs) to focus on:

Of course, you can easily keep track of these three KPIs on Replai’s dashboard.

This is a key recommendation from ad networks, as it helps to keep the campaigns fresh and engaging.

There are a few different ways to do this, and here are common, fast and cost effective examples you should try:

Even winning creatives last on average 10 weeks before burning out.

But even when creatives have died, they can be called back! Replai recommends keeping past successful concepts on the side and revive them every 3-6 months to keep testing them again and see if their performance is back to satisfactory levels again.

3. Get inspiration from the creative market

Publishers must spend time analyzing their competitors’ core concepts and drawing inspiration from them. It can be a great way to surf on a concept success that will drive a game’s UA traction, even when it’s featuring misleading elements.

However, it’s important to assess the creative trends that are currently ongoing not just in the match-three game genre,  but across other genres as well.

As a game publisher, you need to keep ahead of the trends and think of building totally original ad concepts that your competitors haven’t tested yet. It may be a new starting trend on Tiktok or YouTube that no advertiser has leveraged yet, for instance. Originality and novelty in ad creatives generally bring high creative performance!

However, getting inspired for creative ideation by totally new ideas isn’t easy and requires brainstorming sessions to put together brand new concepts.

You can think of exploring new ways to tell a story, through animation or UGC, use of new mini-games, or choices.

Popular culture, like a popular TV show, movie or video game is a great source of inspiration. Recently, Generative AI has also been a great way to bring original ideas to the table.

In the match-three game space – or any other genre – keeping up with the creative production pace of competitors is essential.

You just can’t churn out 10 creatives a week when your competitors’ are launching over 100! There is a risk to see your UA performance decline.

Why should you regularly launch creatives?

Your creatives only have a limited lifespan, and users will become bored with seeing the same ad over and over again. As a result, the effectiveness of the creative naturally decreases.

By launching new creatives regularly, you can keep their ads fresh and engaging and renew audience interest – not to mention reaching out to potential new audience that may be attracted to specific ads.

Over time, hero creatives need to be replaced after they reach peak performance. It’s important for game publishers to find and scale new high-performing creatives before the top creatives begin to lose their effectiveness. By doing this, publishers can sustain a steady UA performance overtime.

A/B testing is critical in mobile game advertising given the level of creative optimization needed in such a competitive environment.

Launching and testing a series of creatives of all sorts help identify the promising ones and get learnings, even from the failed experiments. Besides, you need to test a certain amount of creatives to find scalable creative winners – i.e. creatives who successfully pass the testing phase.

On the creative gallery dashboard, you can get valuable insights into how many and what types of creatives your competitors are launching in the ad networks for a specific date range (say, last 30, 60 or 90 days) in order to get a better understanding of their creative strategy.

Here is an analysis of the top match-three games’ ad creatives, that were launched in the last 30 days.

In the last 30 days, Matchington Mansion has been testing a variety of lifestyle drama stories through animation, mostly featuring a house renovation gameplay with danger type: cold. They’ve also been testing brand new ad concepts, such as the “Spot the differences” concept.

When looking at Merge Mansion’s creatives launched in the past 30 days, we can notice that most of the creatives are in Japanese and Korean. It is a valuable piece of information highlighting the fact that Merge Mansion is focusing on getting into these two markets with localized creatives.

From analyzing Fishdom’s recent ad creatives, it appears that the game is mainly focusing on minigame ads with trending mechanisms, such as:

Hence, monitoring competitors’ latest launched creatives, how frequently and what types they are launching, game publishers can identify opportunities for their own creative strategies.

In conclusion, the competition in the match-three games market means publishers need to become more and more sophisticated in their UA strategies. That involves an effective creative strategy.

To achieve great UA performance, match-three publishers are constantly testing different creative types and themes. However, it’s crucial for game makers to ensure that their UA campaigns are profitable by checking CAC and LTV metrics.

Replai can help publishers find new winning concepts with comprehensive creative market insights. Our creative tagging system help spot trending concepts and elements, and check if a publisher has tested them already, or should consider them.

Ramp up your creative strategy with Replai today!

Find out how to make your creatives successful